the first evening of october marked heather thomas’ final minutes as the third poet laureate of berks county before the area welcomed her recently chosen successor.

thomas, who has been a member of kutztown university's english department since 1988, applied for the reading area community college-sponsored poet laureateship in 2008.

her submission involving a handful of carefully selected poems landed her the honorary position after a committee reviewed her work, along with the poetry from a pool of two dozen other area residents, with the final judgment by a renowned poet from outside of the county. 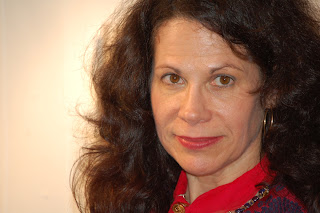 (photograph courtesy of the poetess herself, who
sometimes writes under the name h. t. harrison)

born in new york, thomas moved to reading, pennsylvania at the age of five and later found out that one apartment she lived in as a child was also the former home of renowned poet wallace stevens.

this hardly coincidental seeming tidbit has provoked thomas to scribe several creative writing pieces about stevens with her response to growing up in his same home.

thomas said that when she first fully exposed herself to arrays of poetry, she clung gratefully to it, as it appeared more genuine to her than other forms of language and stitched a sense of truth into her.

“there are so many fascinating approaches to the poem happening, but you have to find your own path and your own way to enter and connect with poetry—at least [that’s true] for me,” thomas conveyed. “when i was younger, it was very much connected with figuring out who i was and with self-discovery.”

“now i think it’s more about healing,” thomas added. “the poet federico garcía lorca said that poetry came from the rim of a wound, somehow."

noting that she favors poetic works which are more meditative, thomas considers the aforementioned stevens and h.d. almost as catalysts for bringing visionary consciousness to poetry in our time and culture.

“i write a lot about the past in my life, and about loss, but i’d like to write more about joy,” thomas said.

despite practicing the written word for so many years, thomas admitted she never feels certain that the next poem will arrive or happen, but as she explains to her students, it’s important to trust the process.

“every time you come to the page, you have to negotiate that and reconnect,” she expressed.

among many poets, thomas referenced william carlos williams in that he thought poetry should be written in the language of polish mothers. thomas elaborated that by this, williams meant we should find the poetry in everyday speech.

thomas often pulls inspiration in her poetry from the schuylkill river nearby her home and also enjoys incorporating the names of components of nature into her poems.

at one point, she wrote exclusively from her dreams. today, her style often takes form in fragments, as she prefers to only use essential words, also sometimes emphasizing disjunction.

with six books of poetry published and another translated into a bilingual version, her latest is the delicately bound blue ruby.

along with other awards, thomas has received the gertrude stein award in innovative american poetry and has had her poems published in at least eight anthologies.

during her time in the honorary position of berks county poet laureate, thomas noticed that people seemed ecstatic to meet her, satiated in knowing she was minding the poetry of local life.

“i think poetry has so much to offer to the community,” thomas said.

thomas acknowledged that poetry isn’t on most people’s radar, but having a poet laureate in berks county of course changes that, with many people not initially realizing the county has its own poet laureate.

( heather thomas read a poem inspired by wallace stevens
at craig czury’s induction ceremony a few fridays ago )
“it opens them up to possibilities of poetry as a place for meaning in our lives,” thomas concluded, with amiable well wishes in rounding out her term and handing off the proverbial pen to berks county’s fourth poet laureate, craig czury, who grabbed the reins the first evening of this month.
&&&


news, not blues recently donated heather thomas’ latest book, blue ruby, to the boyertown community library.
Posted by the garden harlot at 8:44 AM

pick up news, not blues at these locations on a quarterly basis.

the garden harlot
chasing the sky.

ville saves the day, everyday, with that winning smile of his. 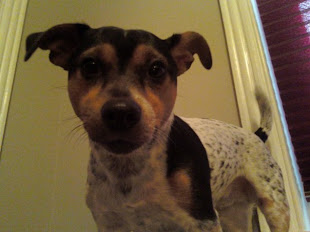